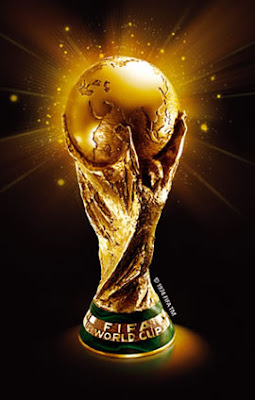 South Africa is a buzz with World cup fever and excitement. And this once in a lifetime opportunity is upon us. What are our plans to make this a truly memorable event? Who are we supporting? Bafana, the Brazillians, Germany?

Let me begin with my reasoning. England, purely for Wayne Rooney.Yes they play un-attractive football. Man for man they not a match to the big guns. However this team has a way of getting the all important results. Excellent qualifying campaign, and good performances in recent friendlies.Capello an excellent coach too 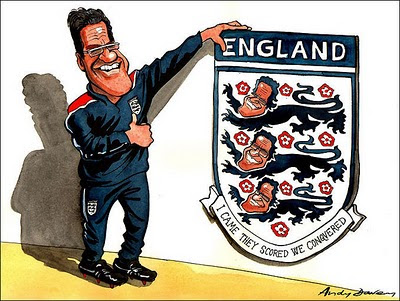 The best thing that happened to the squad ( to my disappointment) was the injury to David Beckham. Perhaps not the same player of years gone by, yet still effective on the right.And deadly in set pieces. However this will work in their favour with a wee bit less media attention and pressure without the charismatic superstar.

Argentina, under coach Diego Maradona and current World Player of the Year Lionel Messi has to be seen as a threat. With Champions League winner Diego Milito, Higuain and Tevez as attacking options, they seem deadly. Struggled in qualifying tho, I'm hoping for big things from this South American giants. 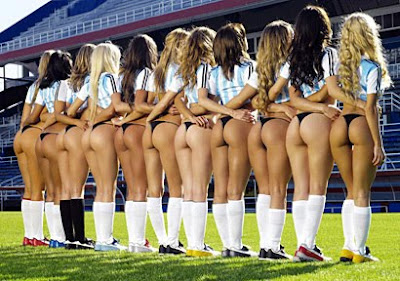 Then the perinnial under-achievers, the Netherlands. I treasure my 1988 jersey, as much as the Dutch recall their only great success, the 1988 European Championships. A good crop of exciting players, perhaps South Africa will turn Orange come 11 July! 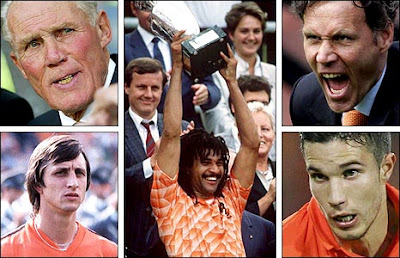 
All in all we can expect an awesome and entertaining Fifa World Cup, on and off the field.

Let's keep our camera phones ready, in hope for that pic with the superstars visiting our shores. We will definately share it with our readers here on the blog.

Finally, just received an email from a Hungarian reporter coming over to South Africa. Seen my soccer ball collection on www.worldcupballs.info and would love an interview with me on South Africa and football in general. Exciting times indeed. With this interest I don't think we imagine what this World Cup will be bringing to our shores. 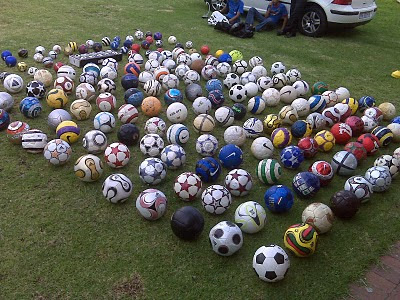 For once its a bitch being a cricketer, you gonna miss the FIFA WORLD CUP!!

After being in the best possible position any team can ask for against the mighty Australians, after an excellent batting display, only one team could lose it from there. THE DAMN PAKI'S. Your suggestion for what we can call them? And sorry wankers has been scooped by the red half of merseyside...
Posted by Ishaq at 1:36 AM No comments:

With the early departure of South Africa at the World T20 in West Indies, where does the problem lie in this constant under-performance?

In this early years of the 20/20 format, many games are still played on trial and error. Are teams are picked based on players abilities over their impact in this format?

Let's look at the South African make-up. Smith, Kallis, Bosman and Gibbs the opening batters. Smith terribly out of form, Kallis 'slow batting' doesn't help the cause, unless he sets up a good foundation to work from. Yes his approach can work, but how often? Gibbs should give it up, Bosman has never proved his worth.

Then to the middle order, AB and JP. Nudgers. At their best can never score at more than 10 to the over. And following the diastrous start of Sanex boy Kallis, not gonna get over the par 150 mark.
Albie and Boucher are crucial. Especially in the last few. However Bouch should call it a day and young blood or AB take over the gloves.

Rollie is a terrible spinner and his rash swinging of the willow hardly if ever works. Botha is the better spin option and batter anyday.
Now here's the biggest problem in my opinion. 5 fast bowlers in the squad. Steyn,Morne, and Langerveld deserve their places. Kleinveld and Rusty came for a holiday. Yes they are good, but when you limited with options in a Batsman's game, does it warrant their inclusion?

Duckworth Lewis Calculator is the biggest mystery of cricket. This is how it goes. 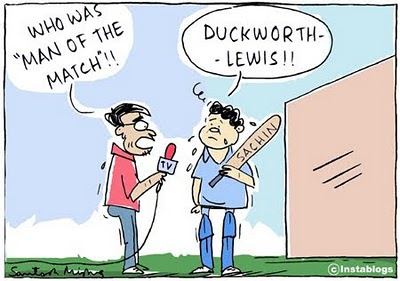 Find both the teams' (lets say Australia and India) average runs in the last five one day games. Divide the same by 0.22 (no. of players of both team / 10). Multiply by the number of minutes its been raining to the result. Again add the number of players of each team + umpires to the answer. Subtract the no. of overs to be played by Team 2. Take that as "r". Find 2*pi*r. Bingo! You get the number of runs the second team needs to score in the overs that can be played!

Of course you know i am joking...

Here's how you calculate the Duckworth Lewis. Just follow the link!
www.duckworth-lewis.com/Calculator/tabid/72/Default.aspx
Posted by Ishaq at 6:13 PM No comments: